Breakdown & Breakthrough: Confronting Collapse on the Path of Regeneration

Breakdown & Breakthrough: Confronting Collapse on the Path of Regeneration 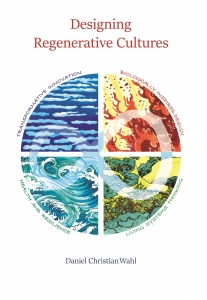 Description: We are undergoing a species level right of passage – the generations alive today are challenged to come together in unprecedented levels of cooperation to fundamentally redesign the human impact and presence on Earth. Our species is called to step into mature membership of the community of life and to become a regenerative rather than destructive influence on the ecosystems we inhabit. The window of opportunity is closing! It is “all hands on deck” and too few of us – but rapidly growing numbers – are responding.

In this talk and the subsequent conversation, we will explore what pathways of “deep adaptation” will simultaneously prepare us for the inevitable breakdown of systems that no longer serve us, while building local and regional resilience to weather the turbulent decades ahead and putting us on a path towards a transformative response. If we do make it, by the end of this century we will have reduced GHG concentrations in the atmosphere to preindustrial levels and diverse regenerative cultures everywhere – carefully adapted to the biocultural uniqueness of place – will be contributing to a thriving future for all.

Part of the effective transformative power of rites of passage is to face uncertainty and possible death. There are no guarantees. Let us explore together how we can face the trauma that the collapse of the old will bring with it, and still show up to the potential that lies within our still young species to turn breakdown into breakthrough. Death and collapse are critical phases in life’s regenerative patterns that created conditions conducive to life. In Joanna Macy’s words, let us explore how we can be both hospice workers of a dying system that no longer serves us, and midwives of a regenerative future. 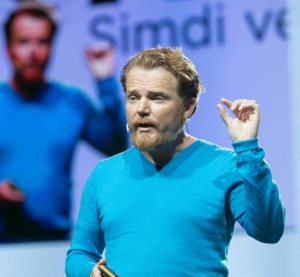 Host Bio: Daniel Christian Wahl works internationally as a consultant and educator in regenerative development, whole systems design, and transformative innovation. He holds degrees in biology (Univ. of Edinburgh), and holistic science (Schumacher College), and his 2006 doctoral thesis (Univ. of Dundee) was on Design for Human and Planetary Health.

He was director of Findhorn College between 2007 and 2010 and is a member of the International Futures Forum since 2009, and Gaia Education since 2007. He has collaborated with UNITAR and UNESCO, many large NGO, and as a consultant, his clients included companies such as Camper, Ecover and Lush, as well as, local and regional governments and UK Foresight.

Daniel is a Findhorn Foundation Fellow, on the advisory council of the Ojai Foundation and the Ecosystems Restoration Camps Foundation, a member of the Evolutionary Leaders Circle, and on the research working group of the Global Ecovillage Network. He is the co-founder of BiomimicryIberia (2012) and has been collaborating with ‘SmartUIB’ at theUniversity of the Balearic Islands since 2014. Daniel currently also works part-time as Gaia Education’s head of innovation and programme design. His book Designing Regenerative Cultures was published in 2016 by Triarchy Press and has already reached international acclaim. The ‘SDGCommunity Implementation Flashcards’ he developed for Gaia Education have been taken up enthusiastically by UNESCO and are being translated into 5 languages. His prolific blog on Medium has over 17k followers.